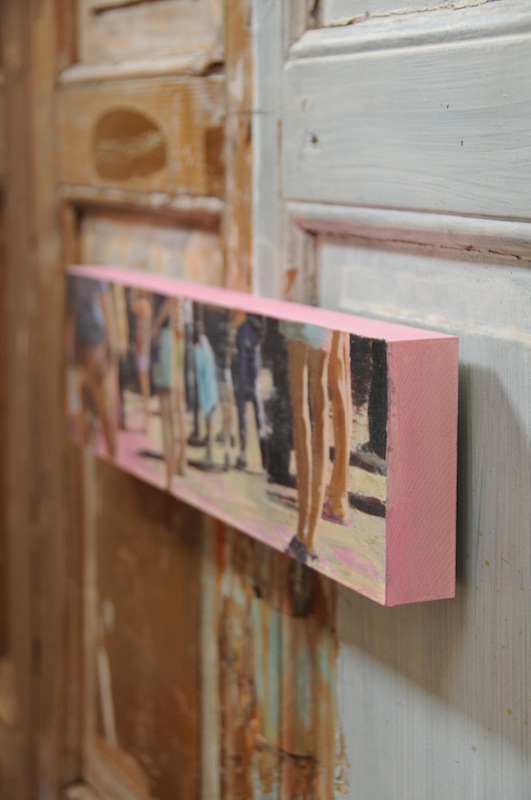 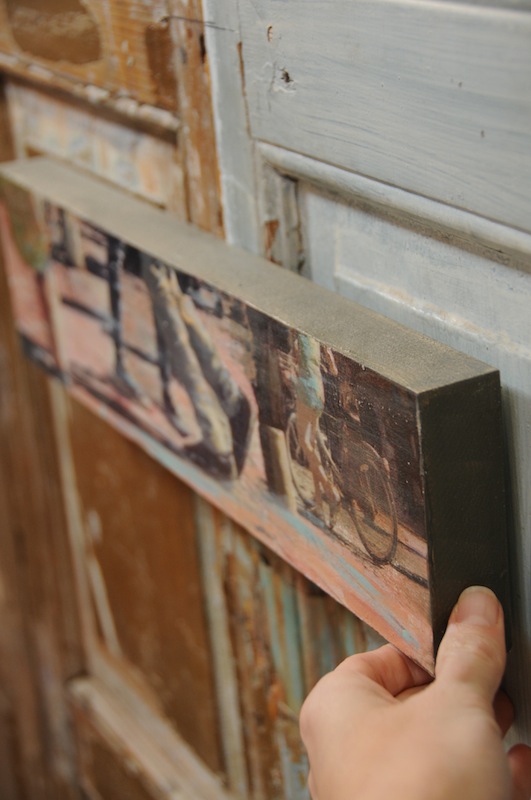 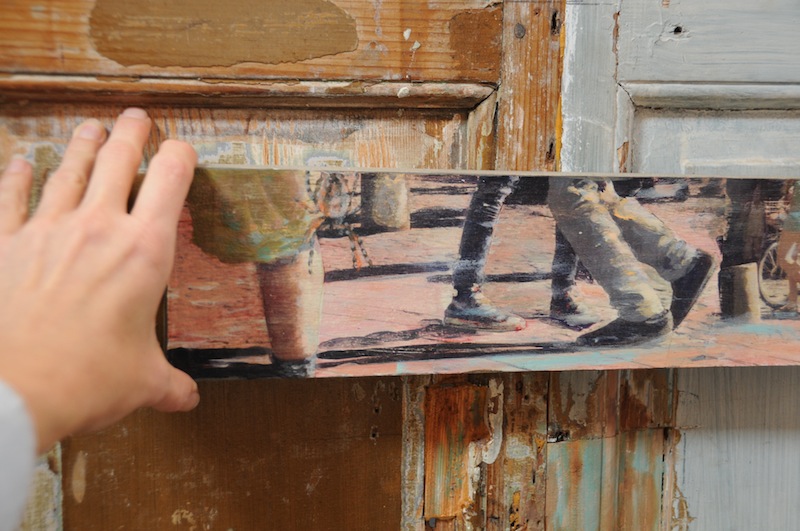 Series: The Illusion of the day

This series portrays people who are passing by. Where are these people going, where do they come from, who are they, what are they doing, what motivates them, what are they thinking of, what do they deem important in life, what do they believe in, what kind of job to they have, …?

A lot of questions you’ll never get the answers to, but to which we can formulate our own answers or at least imagine them. The painting represents one of my translations of man. The idea originated in the summer of 2012 on a terrace while I was ‘people watching’.  I realised I was never going to get to know these people even though we’re literally so close. We scan people for their looks and form our own image of them. We do this all day long, as we walk through the street or queue in the supermarket. We spot and scan, pigeon-hole them and go on. This often happens unconsciously and incredibly fast. To me, it’s enough inspiration for a new series of paintings; each one represents one second of these daily illusions.